Dr. Laurie Parsons’ report, Disaster Trade: The Hidden Footprint of UK Production Overseas, focuses on how brands circumvent robust domestic environmental legislation through complex outsourced supply chains: “The majority of the emissions in countries like the UK are produced overseas. Out of border, out of mind.” Cambodia, for instance, produces more than 40,000 tons of clothing for the UK market annually – accounting for just 4% of the nation’s fast fashion demand. With Parsons’ research finding that at least 31% of Cambodian garment manufacturing factories are guilty of illegally burning forest wood, this has resulted in the country’s loss of 24% of tree cover between 2001 and 2018, eroding wildlife habitats while contributing to mounting environmental degradation and pollution.

The issues at play in this case study – Western brands manufacturing clothing in Cambodia at the expense of the local environment – are illustrative of the larger global issue of environmental racism, and emphasize the importance of thinking about sustainability through an intersectional lens. The fast fashion garments that Americans and Europeans mindlessly purchase are typically produced in countries across Asia, Africa, or South America – and people living in those countries are forced to bear the environmental consequences of our overconsumption. This pattern, according to Dennis Arnold, a geographical political economist at the University of Amsterdam, demonstrates how the “deleterious consequences of global trade continue to be offshore to poorer countries. These countries are not only stuck at the bottom of the global division of labor in terms of economic development, but they are also suffering the worst forms of environmental degradation.”

Improving the situation requires that brands be held more accountable for understanding their entire supply chain, instead of outsourcing large parts of the process and turning a blind eye. The problematic environmental consequences go far beyond the issues in Cambodia explained here – a recent Business of Fashion report outlines examples that include production of plant-based materials like viscose driving deforestation in key areas like the Amazon, unsustainable water consumption in cotton farming leading to the drying out of the Aral sea (once the world’s fourth largest lake), growing cashmere demand resulting in drought and desertification of grasslands in Mongolia, and more. On a large-scale policy level, Parsons argues that international leaders urgently need to acknowledge the need for an “international system of accountability.” He points out that at COP26 – the annual climate summit taking place in Scotland – world leaders tend to engage in “high-flowing rhetoric around environmental protection” that ignores the global and intersectional reality of the situation by “essentially moving problems outside of our purview of regulation. Just moving problems into the dark.”

We’ve seen this conflict play out around the conference itself, with representatives from Indigenous, environmental, and women’s groups arguing that they’ve been excluded from vital decision-making processes and key discussions at COP26. Last week, Dazed reported that grassroots activists and organizations, especially those “from Indigenous nations, rural communities, island nations, and across the global south – faced incredible challenges getting to COP26,” summarizing, “The inaccessibility and inequity in whose voices are represented in Glasgow is stark.” The Guardian reported on this issue as well, noting that ⅔ of activist organizations that typically attend the conference were excluded because of shifting restrictions and travel rules, “‘vaccine apartheid,’ extortionate travel costs, and Britain’s hostile immigration system.”

Patricia Wattimena, an Indigenous feminist from Indonesia and climate justice programme officer of the Asia Pacific Forum on Women, Law, and Development, explained to Dazed: “These climate negotiations have failed to ensure meaningful participation of grassroots women from the global south, ignoring the intersecting crises we are facing. If world leaders want to genuinely tackle the climate crisis, COP26 must address the root causes of the worsening climate catastrophe.” 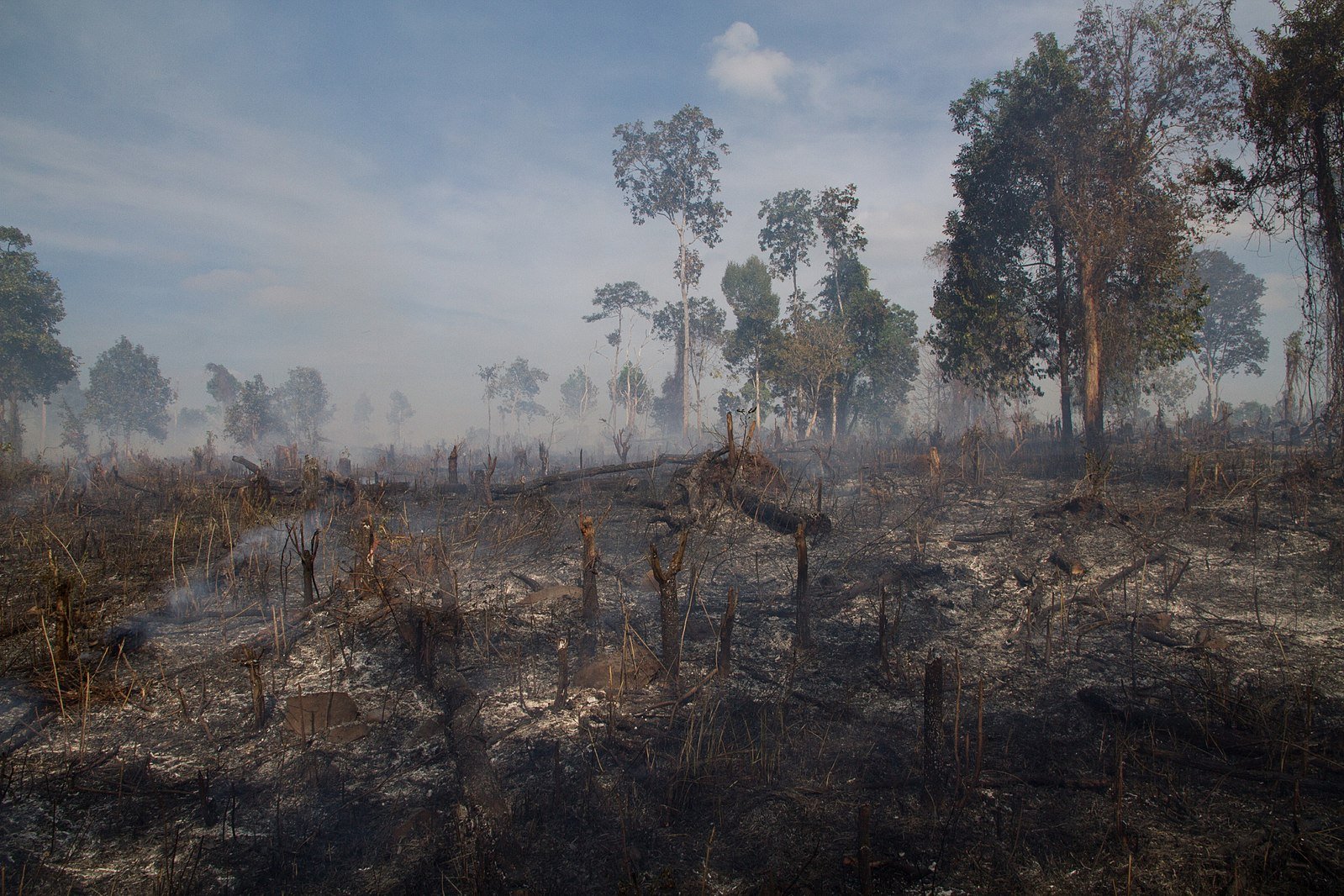 Listen to this podcast episode on the need to Decolonize “Environmental Conservation” + Build Regenerative actions into our collective sustainability Goals.

Learn more about environmental degradation in Anna Peirson-Smith and Jennifer Craik’s article, which attempts to transform sustainable mindsets through a decolonial perspective.

The CFDA Awards were held this week, recognizing American fashion design talent including Edvin Thompson of Theophilio, who won the award for Emerging Designer of the Year, Telfar Clemens for Accessories Designer of the Year, and Christopher John Rogers for Womenswear Designer of the Year. The industry institution also honored the legendary Dapper Dan, who became the first Black designer to win the Geoffrey Beene Lifetime Achievement Award.

The Harlem-based designer first made a name for himself in the 1980s, when he opened his store, Dapper Dan’s Boutique and began outfitting icons like Salt-N-Pepa, Run DMC, and LL Cool J. His work pioneered the concept of ‘logomania,’ with custom pieces that “screenprinted the monograms of Gucci, Louis Vuitton, MCM and Fendi on to premium leathers to create silhouettes synonymous with early hip-hop style: tracksuits, bomber jackets, baseball and kufi caps.” The incredible cultural resonance of his work made him a target of the mainstream industry, and an early 1990s lawsuit by Fendi forced him to shut down his boutique. But the impact of his vision persisted, and eventually came full circle when Gucci was called out for copying his work in a 2017 collection. The brand responded by offering a collaborative partnership, cementing the fact that “an industry that once made him an outcast has learned he’s undeniable.”

In support of Dapper Dan’s Lifetime Achievement Award, Gucci CEO Marco Bizzarri told the CFDA, “Most people see things as they are, but some dream of things that never were. They are the trailblazers – the ones who create new paths, and invent new ways of doing things. Dapper Dan is such a creator. This well-deserved lifetime achievement recognizes a true visionary who has made an incredible mark on fashion.”

Delve into the world and vision of Dapper Dan with his memoir.

Watch a discussion between Dapper Dan and Leila Fataar at the Business of Fashion Voices Conference.

Canada’s Hudson’s Bay Company faced criticism upon their announcement of a new BIPOC advisory board for their newly launched Fashion Fund, intended to support Canadian BIPOC designers. Commentators quickly called out the brand for failing to include any Indigenous representation on the board.

Sage Paul, founder of Indigenous Fashion Week Toronto, posted a statement about her decision, explaining that she felt the company was more interested in performative gestures and “virtue signaling,” as opposed to making concrete changes to be “inclusive with integrity.” She writes, “I hope @hudsonsbay seeks better relations with the people who were formativein the founding of their company.” Hudson’s Bay responded to the criticism with an expected apology, but Kemper points out that the company has a long way to go in shifting its approach to actually “listen to Indigenous Peoples on how to move forward and be part of the broader process of antiracism and reconciliation.”

Revisit In the News: Issue 11 and Korina Emmerich’s ensemble inspired by the wool blankets of Pendleton and the Hudson’s Bay Company, currently on view at The Met.

In this article, Dr. Jessica R. Metcalfe makes the case for respecting Indigenous fashion through inclusion instead of tokenism.

Read this article to learn about the legacy of Canadian Residential Schools and their impact on Indigenous dress.

Lagos Fashion Week founder Omoyemi Akerele speaks with Harper’s Bazaar about the event’s growth over the past decade in celebration of its 10th anniversary this year.

The 15 Percent Pledge announces a new partnership with Google Shopping. 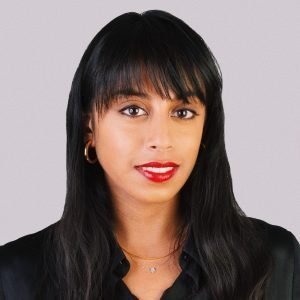 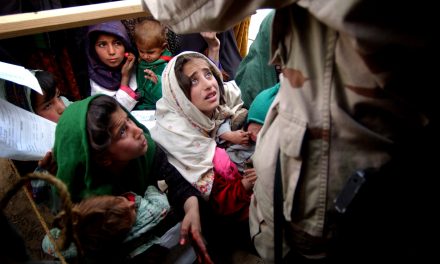 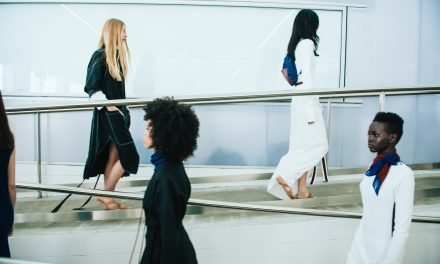 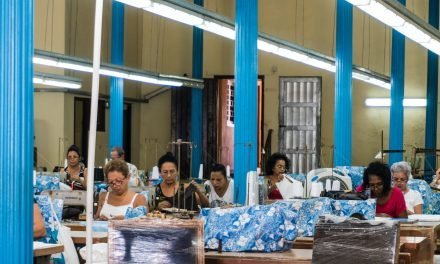 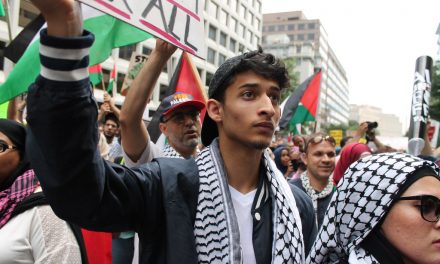