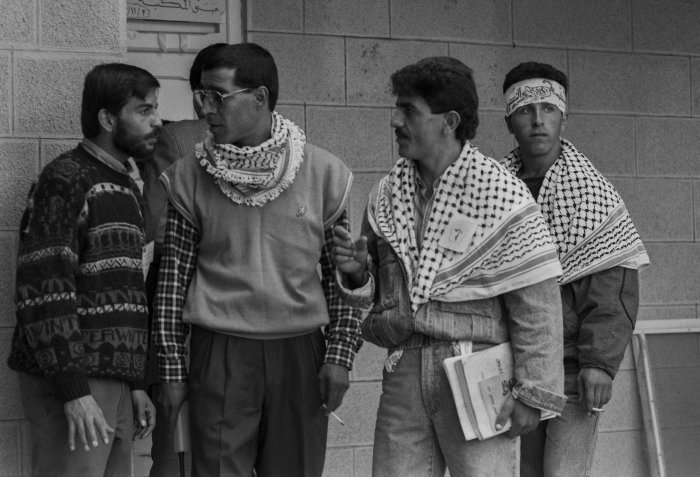 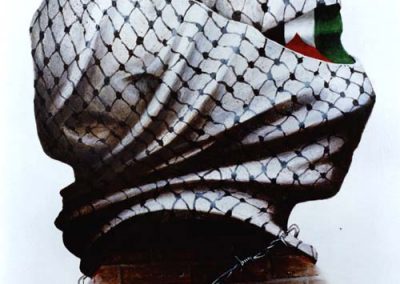 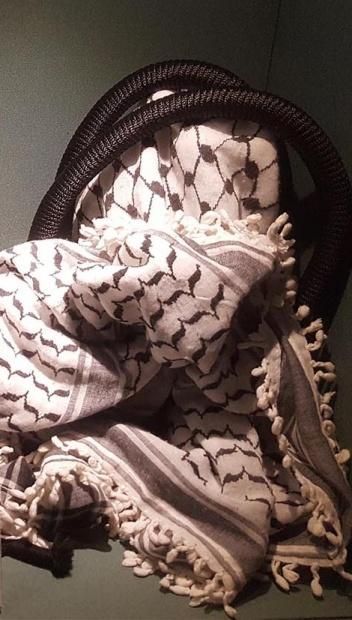 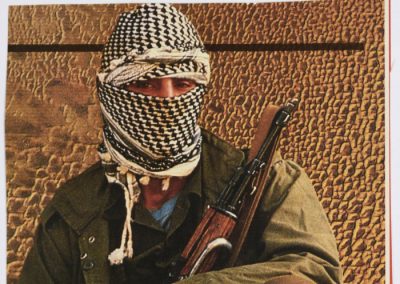 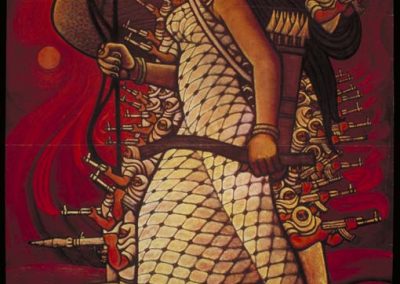 A cloth with complex political semiotics, the Palestinian keffiyeh (sometimes written “kufiya” or “hattah”) is a square-shaped, white cotton scarf woven with a typically black houndstooth pattern. It is primarily worn by the people of Palestine and those who stand in solidarity with the Palestinians against the illegal occupation by Israel.

The Sumerian priests of Mesopotamia (3100 BCE) wore the scarf to distinguish their high class in society. Prior to the 1930s, the keffiyeh was worn by traveling Bedouin tribes and Palestinian farmers year-round as protection against the elements.

The politicized history of the keffiyeh can be dated back to The Arab Revolt in Palestine (1936-1939). When the occupation of Palestine proceeded under the British Mandate, guerilla forces adopted the scarf, wrapping it around the face to avoid identification and arrest. When the keffiyeh was banned as a result, all Palestinians wore the scarf as a tactic to allow resistance forces to move through communities safely.

The keffiyeh as a symbol of Palestinian solidarity was cemented in the 1960s. Former President of Palestine Yasser Arafat became an icon with his distinct style of donning the cloth in every public appearance. In the 1970s, iconic photographs of Leila Khaled, member of the Popular Front for the Liberation of Palestine (PFLP), showed her wearing the keffiyeh in a headscarf style, marking the rise in popularity of the scarf among Palestinian women as a symbol of unity.

Echoing the solidarity of The Arab Revolt, the keffiyeh was worn as a sign of allegiance and to conceal the face during the First Intifada (1987) and Second Intifada (2000). Youths would wear the scarf around the neck, a shift largely influenced by the fact that a full-face covering would make one a possible target for Zionist soldiers.

Pushed out by sanctions and knockoffs coming from China, only one factory producing Palestinian keffiyehs still exists. The sole remaining factory is Hirbawi® in Hebron.

Palestine. Similar styles with different colours and motifs are worn in other parts of the Middle East and referred to by different names (e.g. shemagh).

The cloth is woven into large rectangles which are later cut into square meters. Tassels are then added to the perimeter along with the Hirbawi® label.

Can be worn in multiple ways for different purposes. The most popular are: folded into a triangle and draped over the head with an accompanying agal (rope) or folded into a triangle and looped around the neck to create a triangle over the chest. Worn by farmers to protect against sand and sun. Can be worn wrapped over the entire head and face to conceal identity. Sometimes seen at protests globally to represent solidarity with Palestinian cause. 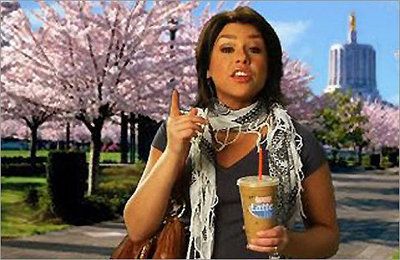 Rachael Ray sported a keffiyeh around the neck in a Dunkin’ Donuts commercial, which sparked outrage in the U.S. right-wing. This led to a campaign proposing a boycott of the brand. Due to the pressure of anti-Palestinian sentiments and fear of a boycott, Dunkin’ Donuts retracted their ad. By doing so, the brand bought into the “terrorism” narrative surrounding the liberation struggle. 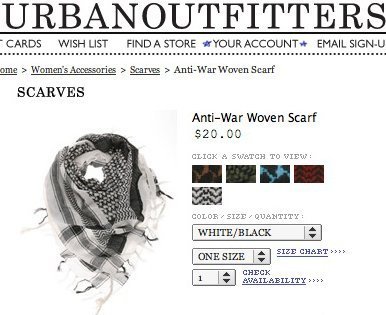 The fast fashion retailer released an inauthentic keffiyeh marketed as an “anti-war woven scarf” (likely due to its prevalence at anti-war protests in the U.S.). This angered Zionist communities and Palestinians alike, causing the brand to pull the product. 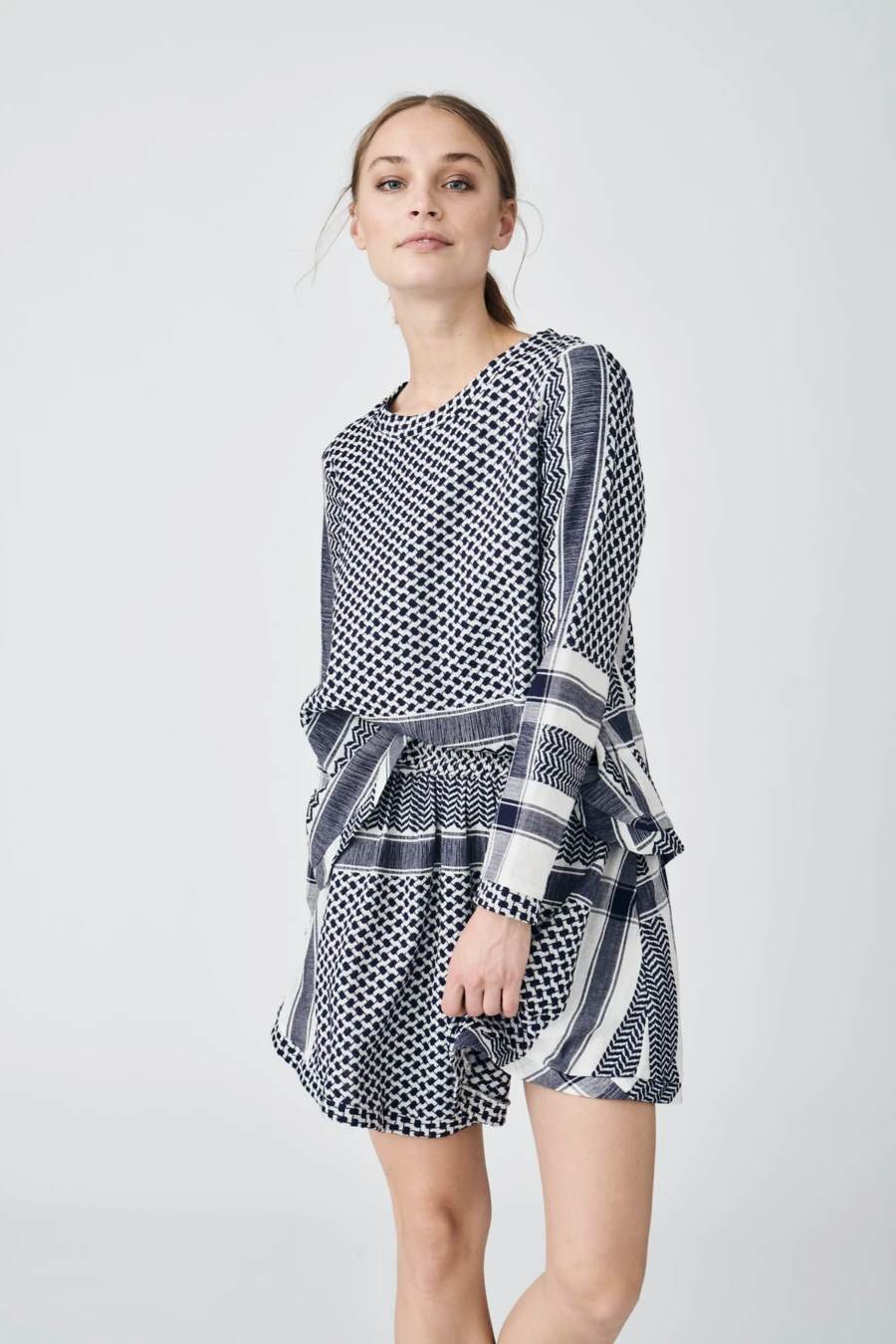 The Danish brand released a collection of looks in A/W 2019 featuring the keffiyeh print in different colours. Utilizing the print as an aesthetic feature and ignoring the heavy political significance of the garment serves to trivialize the Palestinian cause. A viral tweet in June of 2020 revealed the label had been profiting off the Palestinian keffiyeh without credit or acknowledgement since 2012. The brand also has no statement regarding their views on the Palestinian liberation struggle.

Image: Model in one of Cecilie Copenhagen’s designs featuring the keffiyeh, 2019. View Larger. 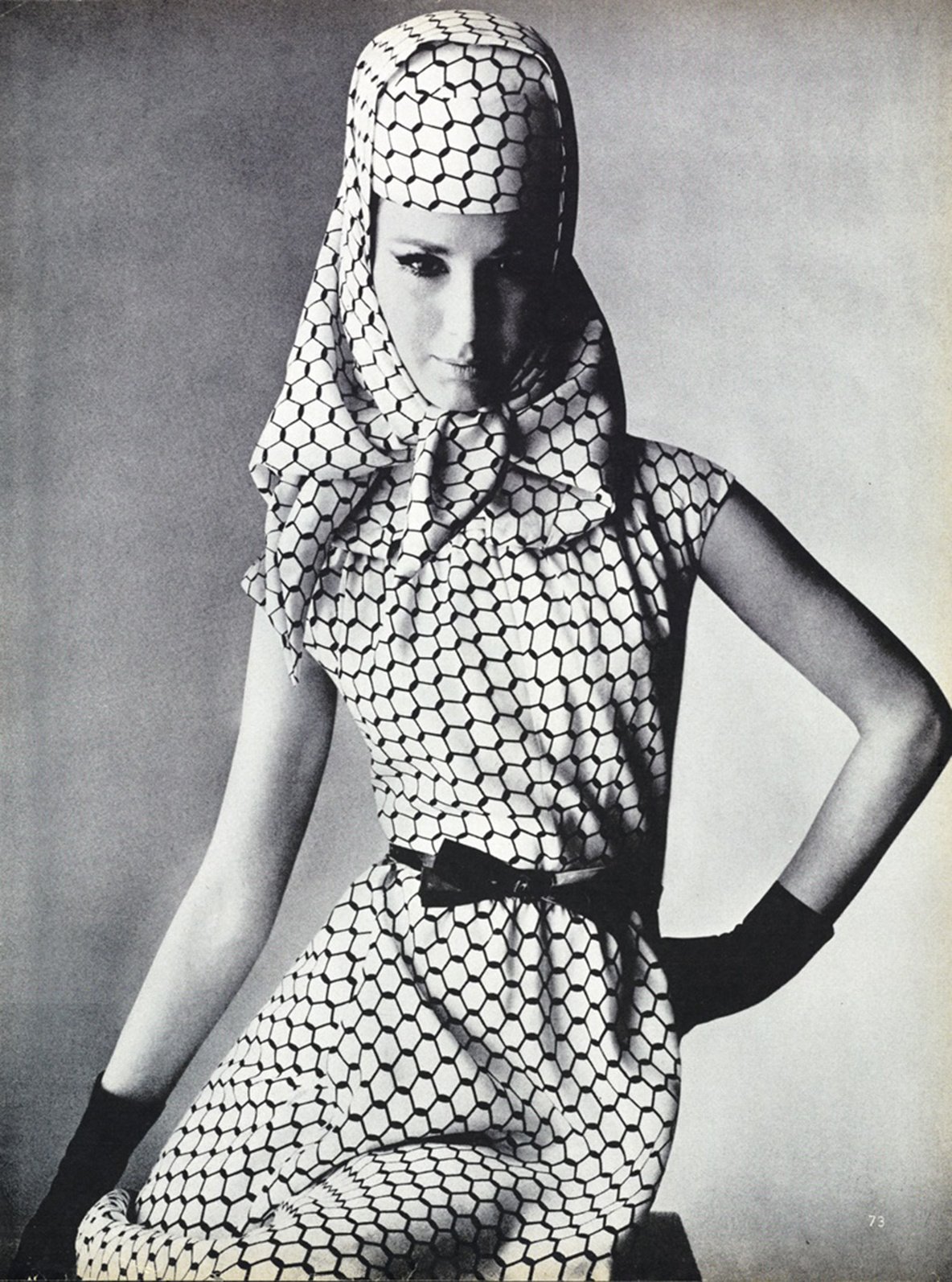 A model was depicted in a Branell silk dress and Halston scarf both featuring keffiyeh patterns. This is an early example of the commodification of Palestinian pain and struggle. 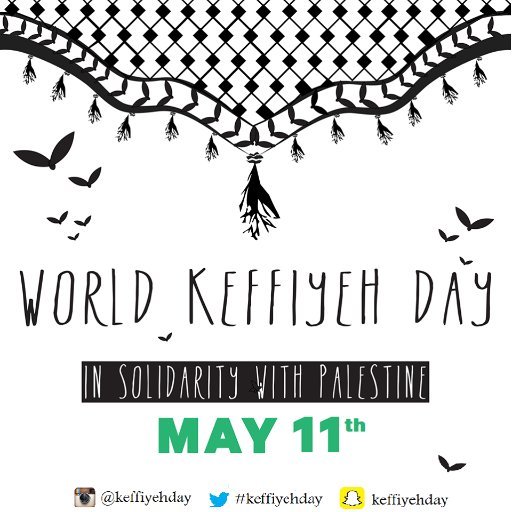 Every May 11th is World Keffiyeh Day, a day where people globally are encouraged to wear their (authentic) keffiyehs as an act of solidarity and remembrance of the Nakba Day (May 15th). People are also encouraged to spread information and raise awareness about the occupation of Palestine and actions that can be taken to help the cause. 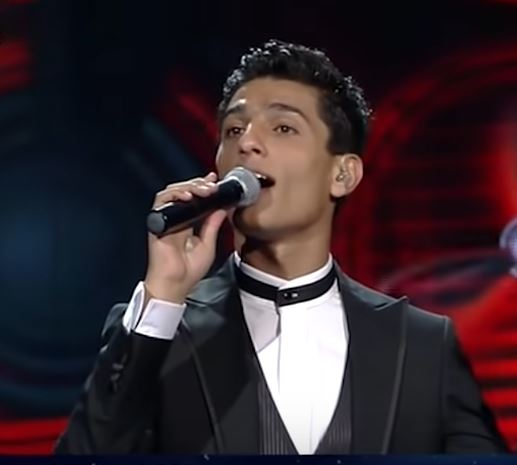 Gaza singer Mohammed Assaf performed 3ali El Kofia (On the Keffiyeh) on Arab Idol. This is one among many Palestinian nationalistic songs that reference the scarf.

Article: Stitched Together, Torn Apart: The Keffiyeh as Cultural Guide

Video: World Keffiyeh Day – May 11 – In Solidarity With Palestine

Article: On the Keffiyeh, Palestine, Solidarity, and Cultural Appropriation

Video: Keffiyeh: Made in Palestine

Refer to the Library for even more resources on the Keffiyeh 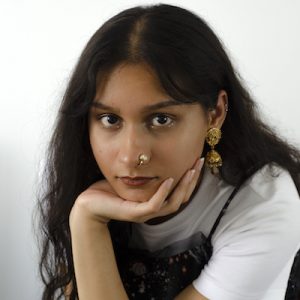 Safia is pursuing a Bachelor’s of Design in Fashion Design at Ryerson University in Toronto, Canada. Her work is driven by a desire to decentralize and decolonize narratives within popular fashion discourse. Safia’s interests in fashion research lie in the understanding of globalization’s impact on identity construction, and its resulting effect on dressing practices, particularly those of Muslims across the globe. 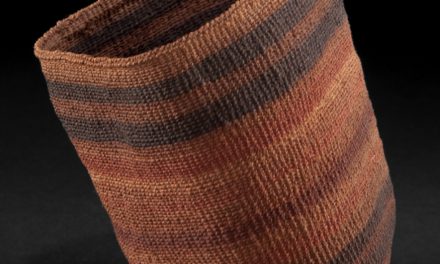 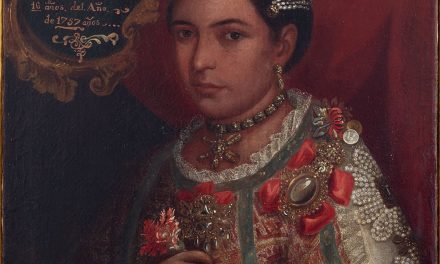 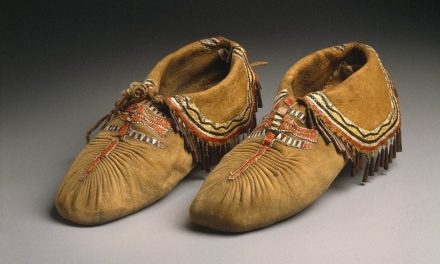 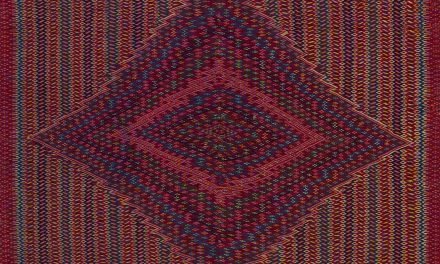