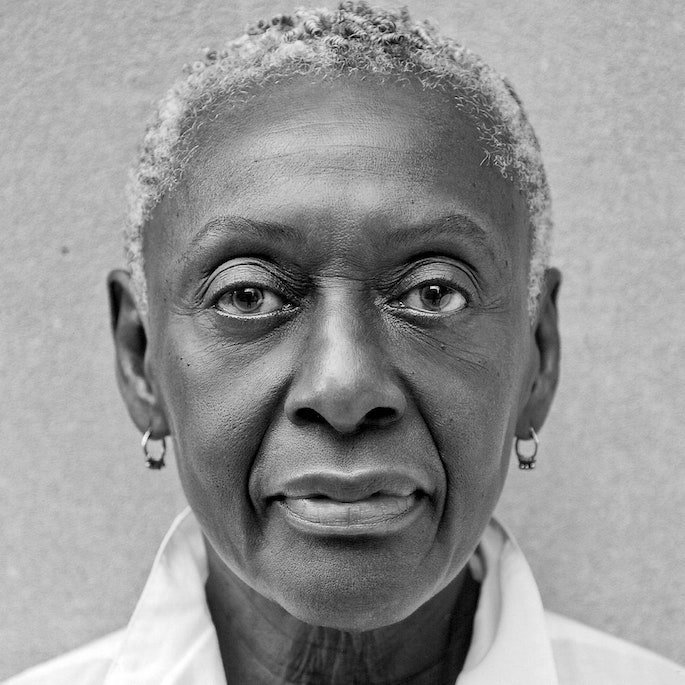 Bethann Hardison – former model, advocate, and founder of the modeling and management agency that bears her name – has long been a groundbreaker in the world of fashion. She has helped guide the careers of some of the most prominent models in recent times and through her decades of advocacy work has challenged and helped change common notions of beauty by consistently championing diversity in the fashion industry.

During the 1960s, Hardison worked in the garment district of New York City as saleswoman. In 1967, she was discovered by designer Willi Smith and began working for Smith as a fitting model, soon crossing over to the runway and print industries. Along with Beverly Johnson, Iman, and Pat Cleveland; Hardison broke barriers in the 1970s appearing in Allure, Harper’s Bazarre, and Vogue. Concerned with the politics of the fashion industry, Hardison changed her focus from modeling to activism in 1981.

Formed in 1984, the Bethann Management Agency focused on diversifying the fashion industry. Also, along with former model and friend Iman, Hardison co-founded the Black Girls Coalition in 1988 to provide advocacy and support to African American models.

[I]n 2008, the late Franca Sozzani enlisted Bethann to collaborate with her on the creation of Vogue Italia’s seminal “All Black” issue. Two years later Bethann was named Editor-at-Large for Vogue Black, Vogue Italia’s digital platform devoted to Black models and issues in fashion. However, despite the launch of Vogue Black and the success of the groundbreaking “All Black” issue, which became Vogue Italia’s highest selling issue of all time and was reprinted twice, marking the first time in Condé Nast history that a publication reprinted an issue, models of color still remained notably absent from runways, magazine pages and covers, and advertising campaigns.

Five years after the “All Black” issue, Bethann penned open letters to the councils of Paris, Milan, London and New York, calling out the lack of diversity on the runways and citing the major fashion houses that used one or no Black models, stating that “no matter the intent, the result is racism.” This marked the launch of The Diversity Coalition, an industry-wide group whose members remain anonymous to protect participants from repercussions as they monitor and report on diversity and inclusion. Founded and fronted by Bethann alongside Iman and Naomi Campbell, the trio of women came together once again to collectively campaign for the improvement of racial diversity in the industry. Since then diversity has increased markedly with The Fashion Spot reporting 41.3 percent of the models appearing in the spring/summer 2021 shows were models of color and 34.97 percent of models starring in the spring/summer 2019 ads were models of color.

As she continues to monitor diversity on the runways, Bethann has expanded the diversity initiative to address inclusivity issues in other parts of the industry with a focus on helping young fashion designers of color to develop their businesses. In 2018, she was hired as an advisor to the CFDA, and in 2019, she became an inaugural member of Gucci’s Changemakers Council. In 2020, she became Gucci’s Executive Advisor for Global Equity and Cultural Engagement and was also named to the CFDA’s Board of Directors.

Currently, Bethann maintains management for Tyson Beckford and Kadeem Hardison. She is working on her autobiography, developing a documentary titled Invisible Beauty, which chronicles her life story and industrywide advocacy efforts, and is also a consulting producer on HBO’s upcoming scripted version of The Battle of Versailles by Academy Award-nominated director Ava Duvernay.