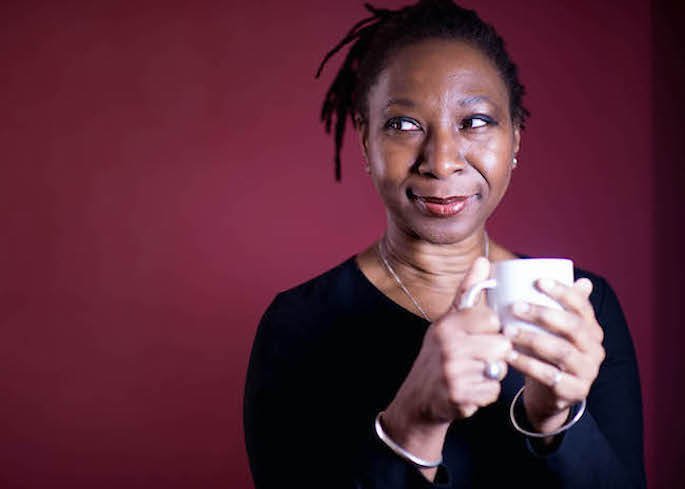 Dr. Christine Checinska’s work is situated at the meeting point between contemporary art, fashion and textiles. She is the Curator of African and African Diaspora Fashion at the Victoria and Albert Museum. She writes about the relationship between cloth, culture and race. The cultural exchanges that occur as a result of movement and migration, creating creolised and hybridised cultural forms, are recurring themes within her work. The correlation between personal history and received social history is an ongoing interest.

Christine studied Fashion/Textile Design at the University of the West of England, graduating with a BA (Honors) in 1986 and Fashion and Communication at the University for the Creative Arts, earning an MA in 2002. As an experienced creative designer in the fashion industry, she has created collections for many high profile fashion brands including Margaret Howell. Her PhD, Colonizin’ in Reverse: the Creolised Aesthetic of the Windrush Generation, was awarded by Goldsmiths College, (Centre for Cultural Studies), University of London, in 2009.

Christine has completed a number of projects for Iniva (the Institute for International Visual Art, London). Most recently, 2011/2012, she was Associate Curator and Exhibitions Researcher for the touring exhibitionSocial Fabric in which textiles were used as a metaphor to explore colonial history, international trade, labour and militant politics. In 2009 she curated the international event Second Skins: Cloth and Difference that explored the importance of cloth within the diversity of contemporary society. Also in 2009 she led the event Unstitched in response to NS Harsha’s Nations, examining wider issues around migration, the use of cheap labour by the West’s garment industry, the marginalization of individual freedom within the global market economy, and the use of cloth as a cultural symbol and political tool.

See all resources by Dr. Christina Checinska in The Library.