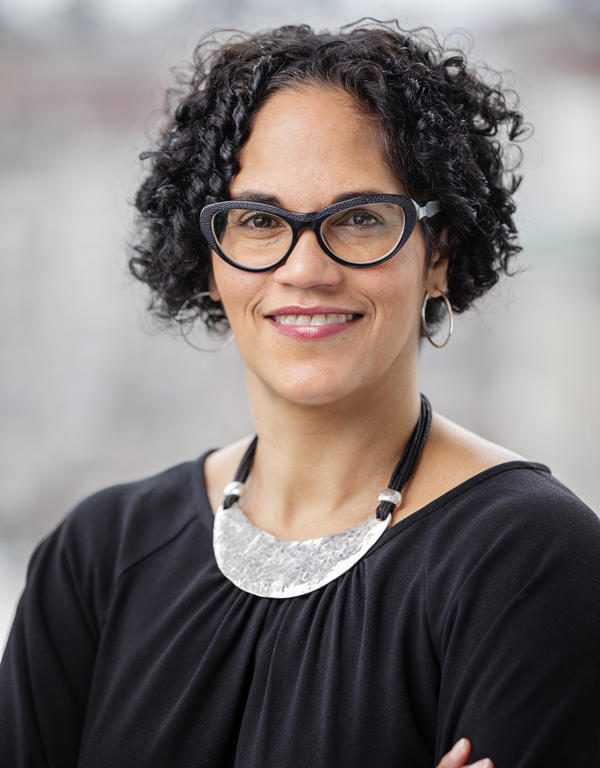 Monica L. Miller, Professor of English and Africana Studies, joined the faculty of Barnard in 2001.

Her book, Slaves to Fashion: Black Dandyism and the Styling of Black Diasporic Identity, was published by Duke University Press in 2009.  It  received the 2010 William Sanders Scarborough Prize for the best book in African American literature and culture from the Modern Language Association; it was shortlisted for the 2010 Modernist Studies Association book prize.

Professor Miller is the recipient of grants from the Andrew W. Mellon Foundation (2012, 2001), the Schomburg Center for Research in Black Culture (2004), and Woodrow Wilson National Fellowship Foundation (2004). She served as a Term Fellow at Institute for Research in African American Studies, Columbia University (2011-13).  She was the recipent of the Gladys Brooks Junior Faculty Excellence in Teaching Award, Barnard College (2008).

She is currently at work on a new project:

Blackness, Swedish Style: Figuring Blackness in a Place without Race, which is a multi-genre investigation of multiculturalism, integration, and Afro-Swedishness in relation to Black European Studies and theories of diaspora and diasporic belonging.  Documenting and theorizing the emergence of “blackness” in a place that has no obvious or well-developed colonial or imperial history, Blackness Swedish Style thinks differently about “diaspora” and the identities that emerge from it.  Investigating connections and disconnections between Europe, Sweden and its African Diaspora, as well as among AfroSwedes themselves, this book is a diverse volume consisting of theory, ethnography, memoir, (oral) history, and contemporary cultural criticism. *Supported by a Andrew W. Mellon New Directions Grant, 2012-2015.*

See all resources by Dr. Monica L. Miller in The Library.