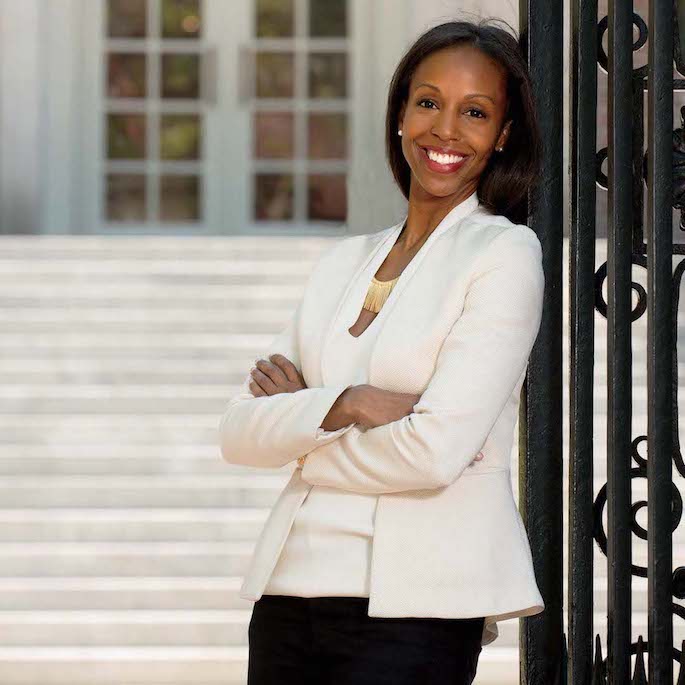 Sarah Elizabeth Lewis is an associate professor at Harvard University in the Department of History of Art and Architecture and the Department of African and African American Studies. Her research focuses on the intersection of African American and Black Atlantic visual representation, racial justice, and representational democracy in the United States from the nineteenth century through the present.

Her award-winning “Vision & Justice” issue of Aperture magazine received the 2017 Infinity Award for Critical Writing and Research from the International Center of Photography and launched the larger Vision and Justice Project, based on the topic of her core curriculum course at Harvard University.

In 2019, she became the inaugural recipient of the Freedom Scholar Award, presented by The Association for the Study of African American Life and History. The award honors Lewis for her body of work and its “direct positive impact on the life of African-Americans.” In 2021, Lewis was the recipient of the Frieze New York tribute for her Vision & Justice Project.

Her forthcoming publications include Caucasian War: How Race Changed Sight in America (Harvard University Press, 2022), The Vision and Justice Project (One World/Random House), an anthology on the work of Carrie Mae Weems (MIT Press, 2021) and a manuscript focusing on the “groundwork” of contemporary arts in the context of Stand Your Ground Laws. Lewis is also the author of The Rise: Creativity, the Gift of Failure, and the Search for Mastery (Simon & Schuster, 2014), a story-driven investigation of advantages gleaned from improbable foundations, even failure, in the creative process. The work has been translated into six languages to date.

Her essays on race, contemporary art and culture have been published in many journals as well as The New York Times, The New Yorker, Artforum, Art Journal, Art in America, Law & Literature, and for the Smithsonian, The Museum of Modern Art, and Rizzoli.

Her research has received support from the Ford Foundation, the Hutchins Center at Harvard University, the Gilder Lehrman Center for the Study of Slavery, Resistance, and Abolition, the Whiting Foundation and the Lambent Foundation.

Before joining the faculty at Harvard, she held curatorial positions at The Museum of Modern Art, New York and the Tate Modern, London. She also served as a Critic at Yale University School of Art. She has served on the boards of the Andy Warhol Foundation of the Visual Arts, The Brearley School, and The CUNY Graduate Center and is a current board member of Creative Time, Thames & Hudson Inc., and Harvard Design Press and serves on the Yale University Honorary Degrees Committee. A frequent speaker at universities and conferences, her mainstage TED talk, Embrace the Near Win, has received over 2.8 million views. Her scholarship and research have been profiled by outlets including The New York Times and The Wall Street Journal.

She lives in New York and Cambridge, MA.