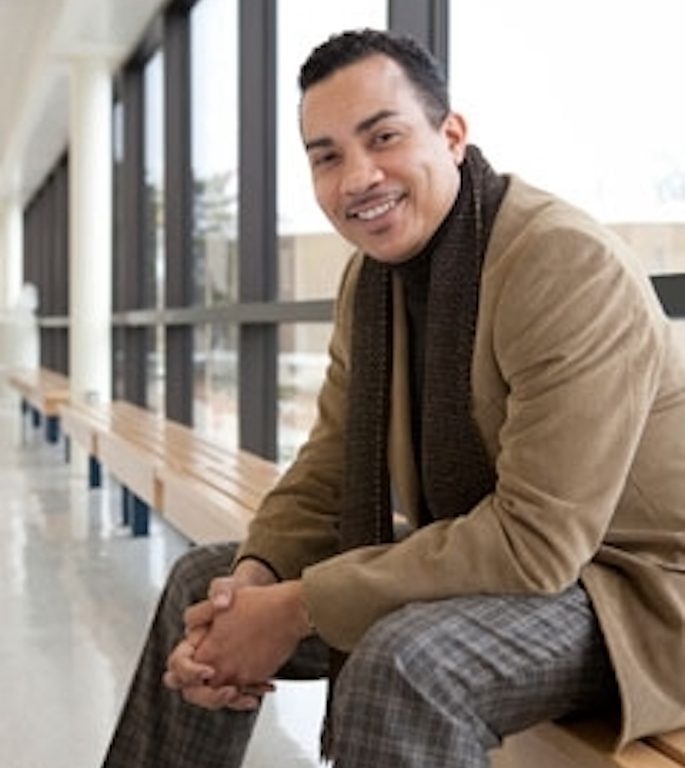 Dr. Steeve Buckridge joined the Grand Valley State University faculty in 1998.  From 2011 to 2018 he served as Inaugural Director of Area and Global Studies, and he currently teaches courses in African and Caribbean History.  He is also a faculty member in the African and African American Studies program and Honors Associate faculty in the Frederick Meijer Honors College. His areas of interests are Pre-Colonial and Colonial Africa, British Caribbean and Slavery, Gender and Sexuality, Clothing as Material Culture, Costume and Fashion Studies. His research interests take him to various countries in Africa where he has been studying African customs in dress, textiles, and weaving techniques. He has published and presented numerous papers on dress practices among Caribbean enslaved people.

His scholarship and research are interdisciplinary in nature and reveals the dynamics of race, class, and gender. His book, The Language of Dress: Resistance and Accommodation in Jamaica 1760-1890 was published by the University of the West Indies Press in 2004 and examines African enslaved and freedwomen and their use of fashion and style of dress as a symbol of resistance to slavery and accommodation to white culture in pre-and post-emancipation society. Dr. Buckridge investigates forms and styles of clothing endorsed by colonial ideology and the types of modifications undertaken by enslaved people, especially black women. His latest book, African Lace-bark in the Caribbean: The Construction of Race, Class and Gender released by Bloomsbury Press in 2016 highlights a virtually forgotten textile and examines the role of African women in the production of lace-bark (a form of natural lace), and its centrality to Jamaica’s history and culture. The book is the first to reveal the hidden lives of the black women who created the complex chain from living plant to clothing, giving agency to those overlooked by botanists and historians. This book was featured in the Commonwealth Canopy exhibition at Buckingham Palace hosted by HM Queen Elizabeth II on November 15, 2016. Lace-bark (from lagetto tree bark) is indigenous to Cuba, Jamaica and Hispaniola. Future projects include, an analysis of Victorian dress in 19th century Jamaica; and Ritual cloth and dress as medium between the living and the dead.

Dr. Buckridge has taught in South Africa and was a Visiting Professor at the University of Cape Coast, Ghana. He has received several research grants and fellowships over the years. He is a recipient of the Ford Foundation Fellowship and was based at the University of the West Indies as a Ford fellow 2002-2003. In January of 2014, he was a Visiting Scholar in residence at Yale Center for British Art. He is a recent recipient of the Fulbright Scholars Award, and will be based at the University of Namibia in 2022.  His current research investigates the impact of the Namibian genocide on Herero women and the relation between dress and the traumatized body.

See all resources by Dr. Steeve O. Buckridge in The Library.