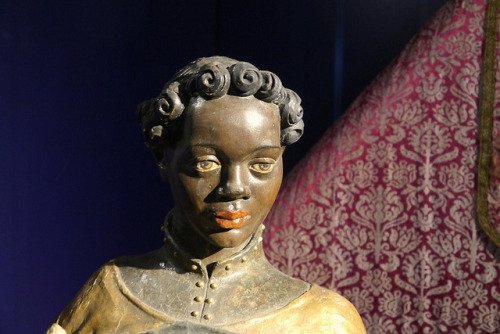 The focus of this blog is to showcase works of art from European history that feature People of Color. All too often, these works go unseen in museums, Art History classes, online galleries, and other venues because of retroactive whitewashing of Medieval Europe, Scandinavia, and Asia. Sometimes it’s just about really looking at artworks you’ve seen many times before, with a fresh perspective.

Although the focus is toward art dating from the fall of the Roman Empire until about 1650, it will also include Baroque and/or Early Modern pieces, as well as works from places other than Europe, Scandinavia and Asia. Ancient Greek, Egyptian and Celtic works featuring People of Color are also fair game.

The purpose in creating this blog is to address common misconceptions that People of Color did not exist in Europe before the Enlightenment, and to emphasize the cognitive dissonance in the way this is reflected in media produced today.