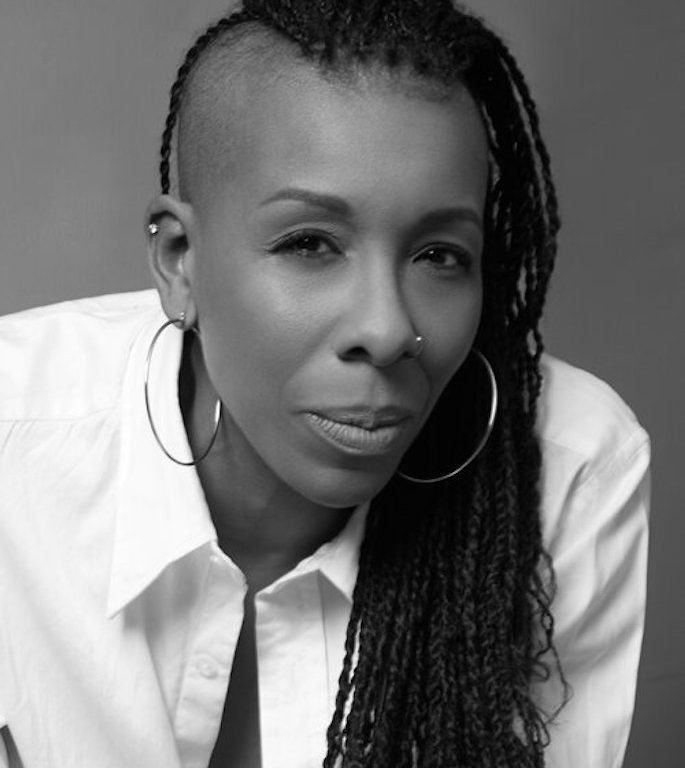 theo tyson is a curator and avant-garde academic who interrogates sociocultural themes of race, gender, and sexuality through a lens of fashion, its histories, and theories, married with historical and contemporary photography. After receiving undergraduate degrees in management and fashion marketing, she began over 20 years of entrepreneurial and corporate experience working with clients including Bloomingdale’s, Dior and Sony Pictures that gave her a unique perspective on the impact and relevance of clothing, costume, and dress. Since completing her graduate studies at Savannah College of Art and Design (SCAD) Atlanta, she’s leveraged her expertise and education into a more academic framework. This has included work as a project manager at Spelman College Museum of Fine Art for an original exhibition catalogue for Deborah Roberts: the Evolution of Mimi and as a fashion exhibition stylist and researcher for SCAD Fash Museum of Fashion + Film, working on original, traveling exhibitions Pierre Cardin: Pursuit of the Future and Guo Pei: Couture Beyond. She most recently created programming for Theaster Gates: Black Image Corporation at Spelman College Museum of Fine Art entitled ‘Archiving Identity & Preserving Our Image’; curated an original exhibition (Anti)suffrage at the Boston Athenæum and published an essay on the same for the journal ‘Women and Social Movements in the United States, 1600-2000’ and offered interpretation for Boston’s Apollo: Thomas Mckeller and John Singer Sargent at the Isabella Stewart Gardner Museum.

As a curator, Tyson uses visual and material culture with accessible language to offer sartorial narratives of marginalized and underrepresented identities. Inherent in her curatorial practice is storytelling that presents myriad opportunities for community engagement and civil discourse. A Black queer lesbian woman, she is often called upon to offer her intersectional perspectives for collaborative interpretations, institutional critiques, and experiential conversations. At present, Tyson is the Polly Thayer Starr fellow in American Art and Culture at the Boston Athenæum, one of the oldest and most distinguished independent libraries and cultural institutions in the United States where her research is centered on fashioned identities in the mid to late nineteenth-century in Civil War-era Boston using a set of photographic albums belonging to a survivor of slavery, anti-slavery activist, and abolitionist Harriet Bell Hayden. She is also co-curating an original exhibition of visual activist Zanele Muholi at the Isabella Stewart Gardner Museum in Boston (2022).