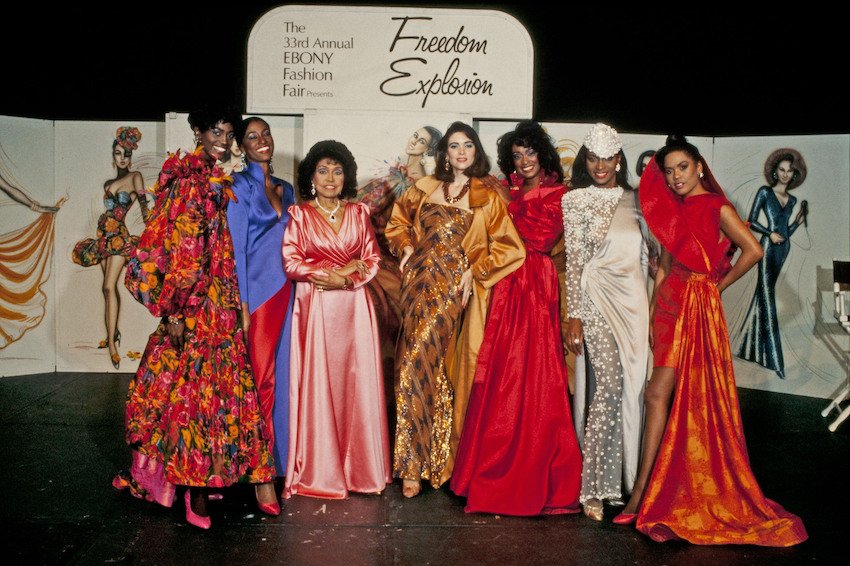 Ebony Fashion Fair founder and director Eunice Johnson (in pink) stands with models during the 33rd annual Fashion Fair in 1991. 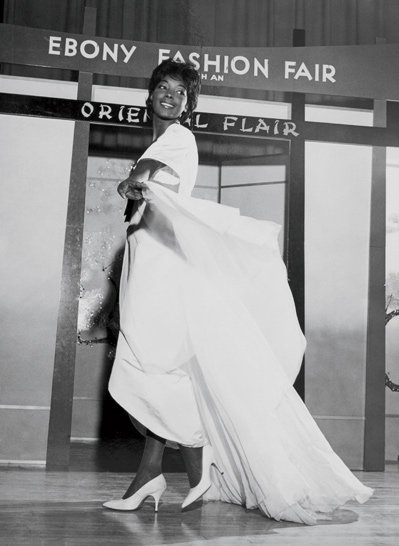 Model at Ebony Fashion Fair in the 1960s. Image courtesy of Hindman Auctions. 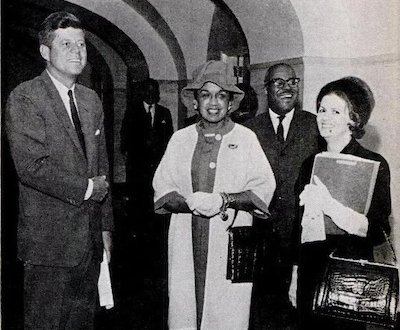 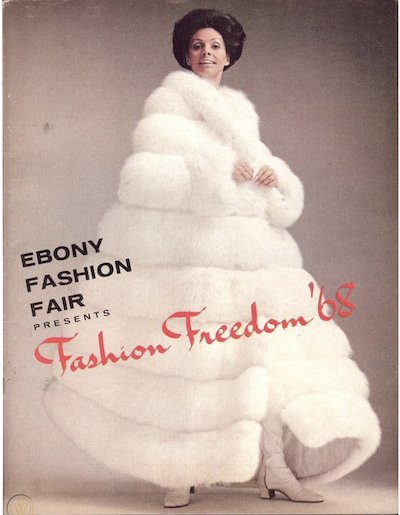 It was a crisp fall morning in 1958 when a greyhound bus holding ten models and a handful of music directors, along with hundreds of the latest haute couture items in its cargo hold, would pull up outside of the Sheraton Hotel in Philadelphia to change the future of runway fashion forever. The Ebony Fashion Fair brought the colorful fashion pages of Ebony magazine to people across the United States for 51 years. In a the docuserieres by the North Carolina Museum of Art, Linda Johnson states, “The vision of style, grace, and elegance that were on the pages of Ebony were all the vision of my mother, Eunice Johnson; she wanted to take you on a journey with her. She wanted to bring Paris to you.” The Ebony Fashion Fair started on the pages of Ebony magazine, under the direction of managing editors Era Bell Thompson and Herbert Nipson, with curation from the home service director Freda DeKnight. DeKnight would spend weeks on location in Paris and Milan viewing the latest runway shows from couturiers such as Christian Dior, Lanvin, Jean Desses, Hubert de Givenchy, Chanel, and Balmain, buying various garments to put on models for the monthly 4-page fashion feature spreads. During the Fair’s conception, the European fashion market didn’t see the African Diaspora as a market, forcing Johnson and managing editor DeKnight to buy clothing from various ateliers to showcase them on magazine pages.

First launched in Philadelphia, PA, and then went on to tour throughout the United States

In 1956, the idea of the Ebony traveling Fashion Fair would come into fruition; the Johnsons were approached by Jessie Dent, wife of the then-president of Dillard University, to provide models for the university’s charity fashion show. Johnson was apprehensive about using models from the magazine for the fashion show, so she offered to provide clothing instead. The show’s success brought in thousands of dollars for charity to the university and provided a concert-like atmosphere. Johnson conceived of an idea to bring the charity fashion show’s experience to cities nationwide. The Fashion Fair would perform in more than 180 cities a year in the United States, Canada, and the Caribbean by its final year.

Forcing the traditional fashion show construct to shift from being a business exchange between fashion designers, buyers, and editorial staff into an entertainment centered affair, the Fashion Fair became the epitome of Black society in every city. Mayors, business moguls, and the community around would come dressed in their finest furs to be transported to the world of haute couture. Commentators would describe the colorful garb in ways to excite the mind and elicit crowd participation, allowing the audience to enjoy the clothes along with models. From the White House to the pre-civil rights era, southern American Ebony made fashion-as-entertainment a staple in the industry.

The closing of the Ebony Fashion Fair in 2009 marked the end of a precious era, but was the beginning of the inclusivity movement in the fashion industry. Eunice B. Johnson’s foresight about the future of fashion would go on to help revolutionize the way European fashion designers would go on to accept and display African American models. Her traveling fashion show would serve as a birthing ground to many Black American designers like Stephen Burrows, Willi Smith, Rufus Barkely, and B Michael, and showcase many breakout modeling stars like Pat Cleveland and Bethann Hardison; both of whom went on to walk at the Battle of Versailles. That night, outlined below, would not have been possible without the push and persistence of Eunice Johnson, who helped fashion designers understand the new market for their garments and a new way to present them. Ebony Magazine wrote, “The show presented a new narrative for the African-American community, allowing black Americans to see themselves represented in an industry that excluded them.” Ebony Magazine shifted the world perspective of African American people and launched America into the pop culture race of the ‘70s. 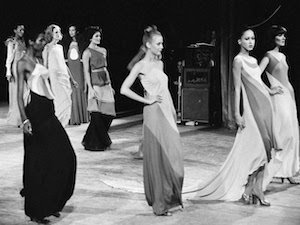 The Battle of Versailles

Held in Paris, France in 1973, The Battle of Versaille was a fundraiser that supported the restoration of the Palace of Versailles. The fashion show fundraiser was a showdown between French designers and American designers. The show catapulted the US into the fashion spotlight and solidified an American space within the fashion sphere. Several models that modeled in the show started their journey with the Ebony Fashion Fair.

A still from Stephen Burrows runway presentation at Versailles 1973. Link. 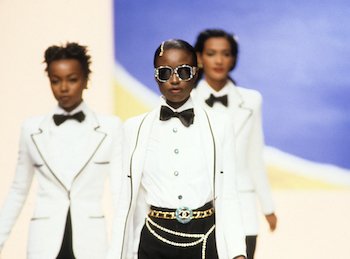 Mother of the Modern Fashion Show

When Johnson decided to make fashion runway an actual show by using popular music that many designers wouldn’t associate their clothes with, in tandem with Black models and stage production that French couturiers shied away from at the time, fashion labels around the world would take notice and change their approach to fashion shows. 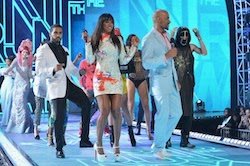 In 2005, the BET network launched an annual fashion show called Rip the Runway that lasted until 2013. It featured some of the decade’s best musical talents and fashion design veterans, while showcasing up-and-coming talent. 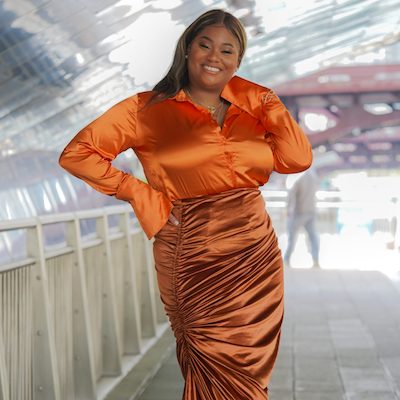 Treonna Turner is currently entering her second year of the MA fashion studies program at Parson School of Design in Paris, France. She is currently using her time to focus on her dissertation research, while using her fashion history expertise, archival skills and fashion design experience to be a freelance writer. Her mission is to democratize, re-present, and re-package fashion for people of color. 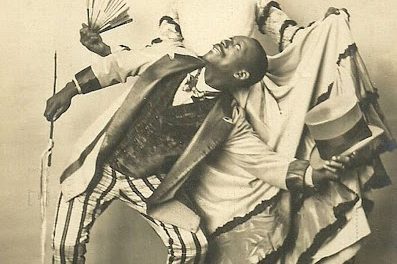 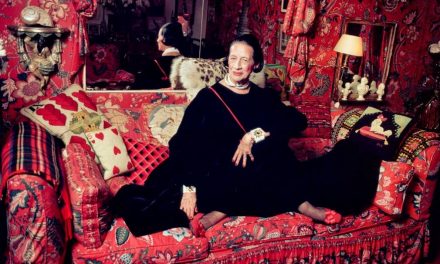