I was recently reminded of a time in the early 1980s during a family visit to a record shop on Eglington West, Toronto: I stopped in front of a prominently displayed poster, pointed and adamantly declared, “Uncle Errol!”

Much to the amusement of Mom and those within earshot, my proclamation was laughably incorrect – I had pointed towards a promotional poster for Rick James’ Super Freak. Yet, given Rick’s leather pants, thigh-high boots and shoulder-length hair, to me  the resemblance to my uncle was uncanny and undeniable. After all, by the time he had moved from small-town Ontario to Toronto, my uncle had long-abandoned  fitting in with the crowd and was pursuing his dreams, ultimately achieving Canada’s highest musical accolade, a Juno, in 1989.

In time I would come to possess a more nuanced perspective; it’s not that my uncle and Rick James necessarily resembled one another per se, but rather, they vibrated on a similar frequency. In other words, I learned to not merely attribute my uncle Errol ‘Starr’ Francis fashion sensibility to his choices of hairstyle, eye makeup or sequined articles of clothing. Rather, what arguably contributed most to my uncle’s unique fashion history was a sense of utter fearlessness.

As children, people generally don’t care what others think of them but as we mature in life we are all taught to conform, and none more so than immigrants in the so-called melting-pot-mosaic. For Errol, a Black immigrant from Jamaica by way of England to a predominantly German Kitchener-Waterloo, Ontario, Canada – a sense of belonging wasn’t necessarily forthcoming. Under those circumstances, social pressure would lead many to simply blend in. The photos I’ve shared show an individual who from an early age did the very opposite, and instead followed his heart in fashion, music and art. 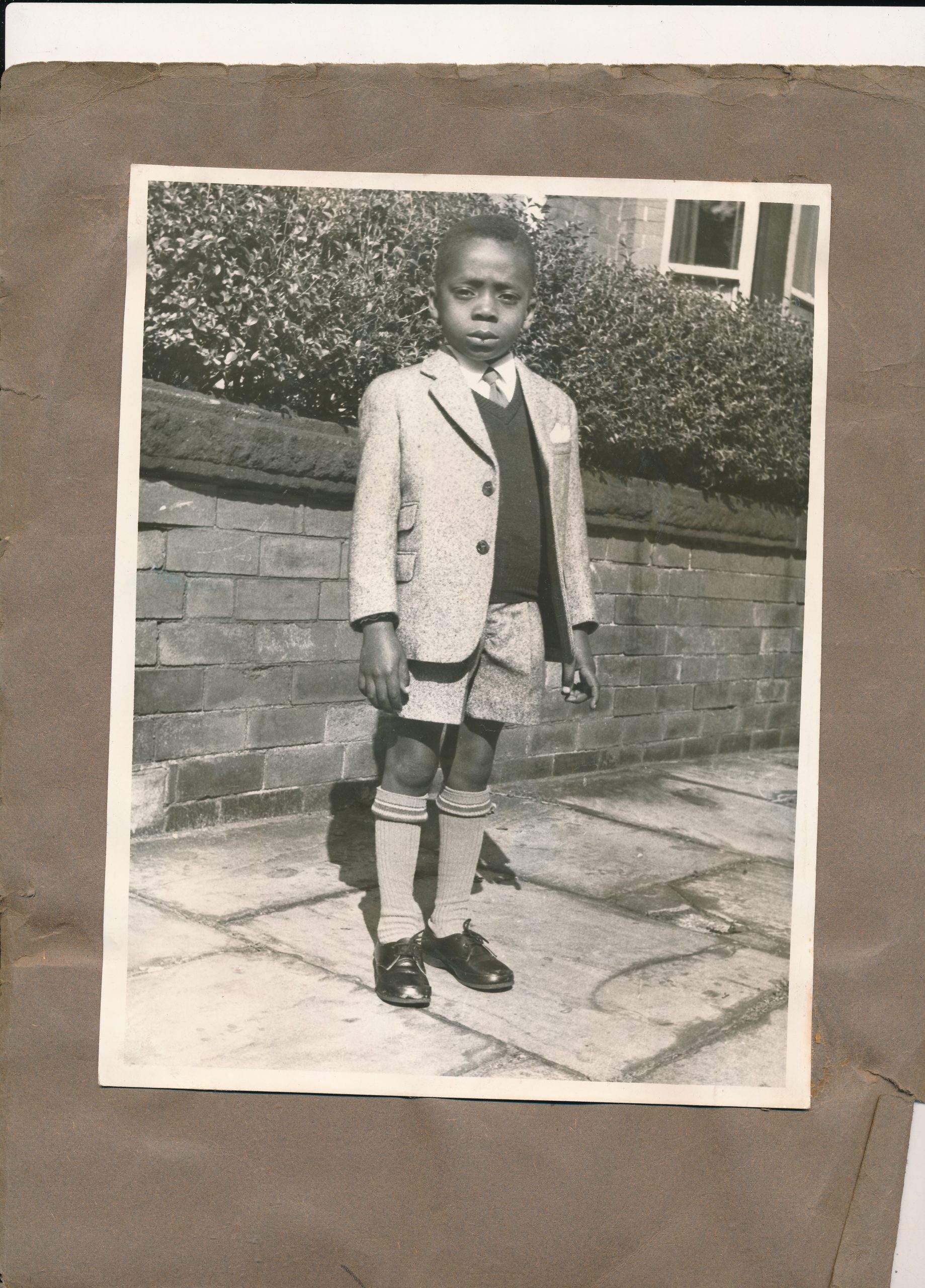 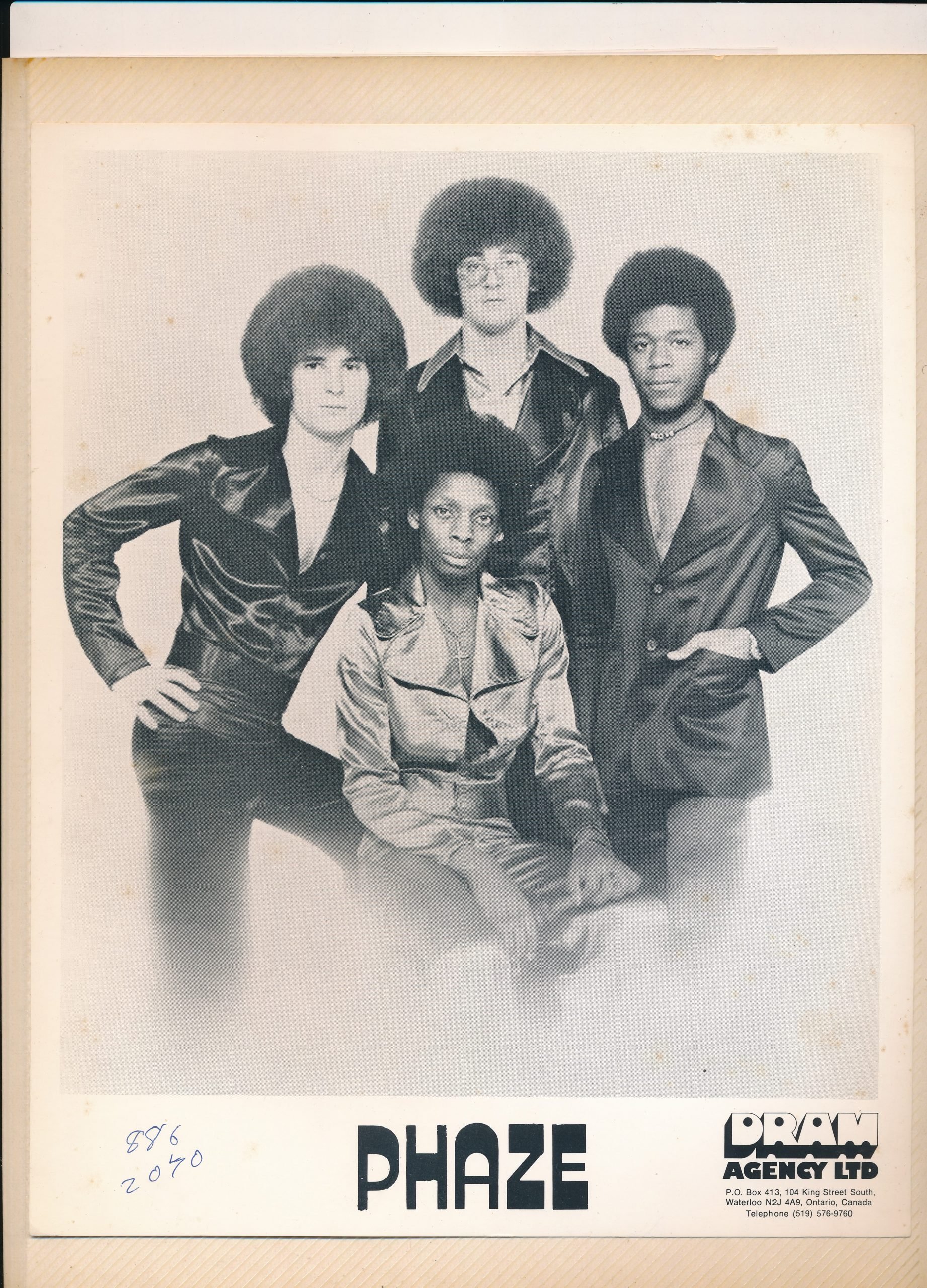 In the late 1950s, Errol arrived in Leeds, England from Jamaica with his parents (my grandparents), amongst thousands of Caribbean migrants, now infamously referred to as the Windrush generation. Errol couldn’t have been  more than five years old in this photo, but you would never guess looking at his uniform– a tailored, wool sport coat over a V-neck and tie, matching shorts, and knee high socks. Of course, in Jamaica, school kids wore uniforms as well–what Jamaican’s refer to as a “khaki suit”–yet nothing nearly as formal as this outfit. In subsequent years, photos of Errol during this period show a boy who would clearly come to embrace North England’s posh fashion sensibilities, albeit on his own terms. Perhaps this was a hint at his future plans to become the self-appointed master of his own style persona.

Within a decades’ time, Errol, his parents, younger sister and two younger brothers had relocated to Ontario, Canada, as one of maybe half a dozen Black families that would sow the seeds for Kitchener-Waterloo’s Caribbean community that exists to this day. Pictured here with one of his early bands, Phaze, Errol is still a high school student, but a Rock and Roll front man nonetheless. Having by this time acclimated to three, distinct countries before the age of 18, his unbuttoned, wide-collared silk shirt certainly lends to the notion of his nascent fashion fearlessness.

By 1985, Errol had long-relocated to Toronto from Kitchener-Waterloo, yet he still managed to make his way home for his parents’ 25th Wedding Anniversary. In this photo, he’s dressed not only as the proud, eldest child alongside his parents, Roy and Muriel Francis, but also as the triumphant son home from the Big City – a man quite literally poised for stardom. Errol’s leather pants, glitter Cummerbund, floral-print vest and custom chiffon shirt, replete with a medieval-style, puffy, high-collar stands in respectful juxtaposition to his father Roy’s conservative, white tuxedo. 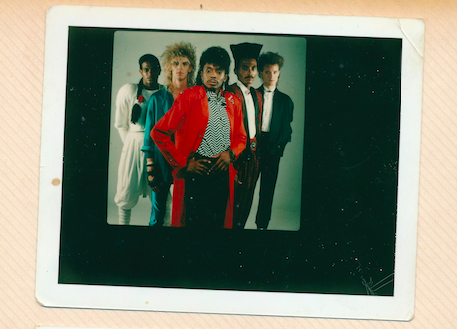 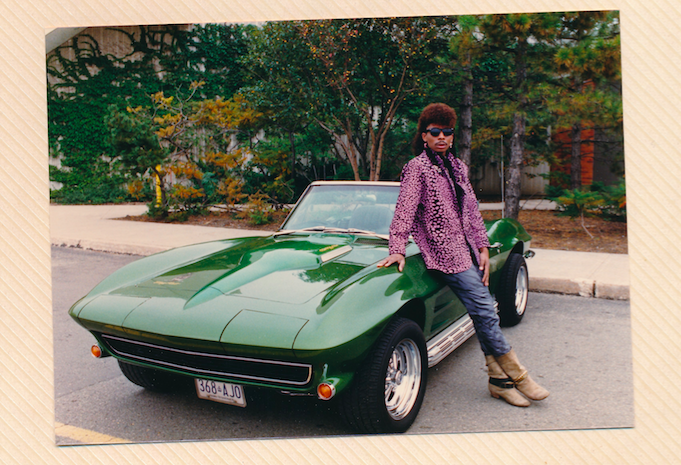 When I came across this photo in the family collection, an album art outtake circa 1987, all of my research indicated that I could attribute this photo to George Whiteside, a contemporary of my uncle’s who took many of his promotional photos. While Errol wasn’t able to confirm that fact, he did provide the following:

“From left to right: on bass and in funky pants, Roy Clark; next to his left, ‘super drummer extraordinaire,’ Randy Cook of Five for Fighting fame and other serious rocking bands; beside my left is Mishka Butler – crazy keyboard player and amazing vocalist (he is one the most sought after writers’ collaborators in L.A).; and on his left is Justin Time, an excellent jazz, blues guitarist chilling at Humber. The stylist was my old girlfriend, Billie Blast and this was the band for the music video of my ‘80s dance chart topper  “The Key.””

In any era – the late 1980s being no exception – a “hot boy” standing beside a drop-top convertible is liable to command attention. As difficult as it may be, if we look past Errol’s flawless ensemble–vintage leather cowboy boots, mauve leopard print jacket and Jheri curl–what remains is arguably the most important element: fearlessness. Taken either by his manager at the time, Neil Dixon, or his friend Vern Zoller, this photo captures Errol at the pinnacle of Black Pop Canadiana, no small feat considering that prior to himself and his contemporaries, that platform simply did not exist.

Going back to my case of mistaken identity, you can hopefully forgive my younger self for confusing my uncle for a stranger on a poster. The fact is, save for Black American superstars that Canadians consumed and came to love, like Rick James, Prince or DeBarge, there really wasn’t anyone in Toronto that dressed like my Uncle Errol ‘Starr’ Francis. There just wasn’t. These photos offer a fashion history of a boy from Jamaica, twice transplanted across cultures, yet one who never lost sight of his most valuable possession: a fearless sense of individuality. 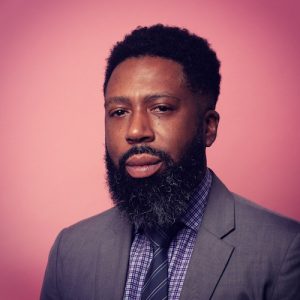 Aaron Francis is a doctoral student at the University of Waterloo, a multidisciplinary artist and a curator. Aaron has exhibited works from his Vintage Black Canada initiative at the BAND Gallery Toronto, the Gladstone Hotel, and the Contact Photography Festival. The former chair of the City of Kitchener’s Arts and culture advisory committee, most recently in June of 2020 Aaron co-organized and marshaled the KW Solidarity March that saw an estimated 30,000 attendees. 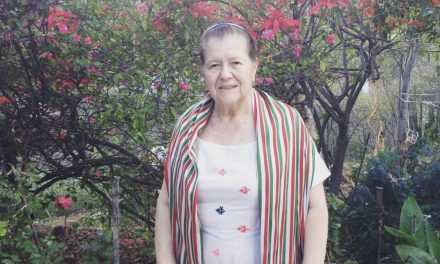 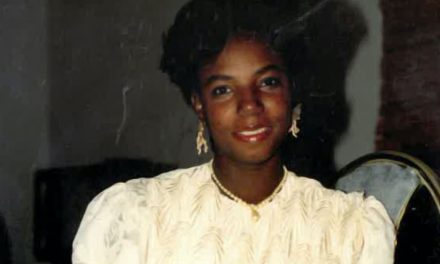 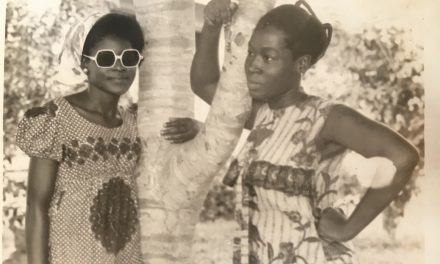 Agatha’s Fashion: A Confluence of Pre and Post-Independence Nigerian Styles